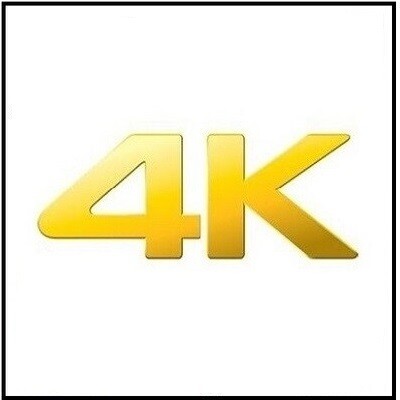 While our technology obsession continues, such as missing out on flash sales over 8K RED Helium cameras, most shooters are still contemplating simply moving to 4K. What’s taking so long? Well, could it be that most broadcasters aren’t even showing their programming in 1080p yet? Some are even still in 720p!

It may shock many who have plunked down nearly $600 or more for a 4K TV, but those ultra high definition (UHD) won’t really get much of a 4K experience with it. This is largely due to the fact that most broadcasters are sending out either a 720p or 1080i signal into homes.

Netflix may flout that they stream House of Cards, Luke Cage, and the rest of their original programming in 4K, but all too often, you’re reliant on your download stream, and Netflix’s streaming is usually only at 15 Mbps. Not only that, but you will also end up with a downgraded signal if the congestion gets bad (like around dinner time, especially weekends). But that won’t stop Netflix from charging you extra for the privilege. YouTube is even worse, calling their UHD streams 4K, even though they mostly max out at 3840 x 2160 vs. 4096 x 2160. Shameful.